WWE Wrestlers Salary | How much does WWE pay their Wrestlers in 2020?

WWE is the biggest wrestling promotion in the world. It is also the most-watched wrestling promotion around the globe. WWE is also trying to expand their fan-base in the Middle-East and South-East Asia as well. The growing following of the company means increased revenues.

These increased revenues automatically translate into the fat cheques for WWE Superstars. WWE Superstars earn a considerable amount through their contracted salaries from WWE. Let’s take a look at the highest earning superstars and Salary of WWE Wrestlers in 2020.

According to Forbes, The average WWE Wrestlers Salary is around $500,000 per year, but the topmost performers can drive that number away thanks to their sizable shares of Promotion or Company revenues. WWE Professional Wrestlers receive shares of their merchandise sales and a portion of their revenues from events they work (Including House show events).

If we talk about 2020. The rising pay scale is definitely improved by the launch of All Elite Wrestling (AEW), Yes, this is definitely a competition for WWE. WWE pays each wrestler a “downside guarantee” which is any base amount which means the one-time contract deal payscale, plus extra payouts for their wrestling events and depending on their merchandise sales (Bonus). Below is the list, which includes only active members of the WWE roster 2020, such as Brock Lesnar, John Cena, Roman Reigns, Randy Orton, Seth Rollins, Undertaker, and more biggest names of WWE.

WWE Universal Champion Brown Stroman is at the 10th place in highest-paid superstars. For your kind information, this is the first time Brown Stroman comes in the list of Top 10 Highest Paid wrestlers. This thing indicates that WWE believing in Brown Stroman, they are watching him as a big star. WWE paid a big amount to Stroman is also indicates that WWE can give him a good career for a long time. Brawn is a talented WWE wrestler known for his Physique and wrestling skills. Stroman earned as much as $1.9 million in salary in the year 2019-20, WWE placed him at the 10th position in the list of the highest WWE Wrestlers Salary in 2020.

You will be shocked by this name, but Stephanie McMahon is in the 9th position. Stephanie doesn’t appear more in-ring or in the arena, but she is involved in all major things which happen in WWE. She definitely works hard in many forms. Stephanie is also known for a good American Businessman, as well as she is a chief brand officer in WWE. For your kind information, $2 million.

If you are a regular WWE viewer, then you will know, Shane McMahon was involved in many WWE storylines in 2019, such as in feud with The Miz, Dolf Ziggler, Roman, and Undertaker. This will be the reason for he is above of Stephanie McMahon in Highest-Paid Wrestlers list. Shane McMahon is a good name in Businessman lists. He is also a minority owner and producer in WWE. Finally, I want to say $2.1 Million.

Bill Goldberg is at the 7th position in the WWE Salary List of 2020. This is the most shocking thing, because he just wrestled 2 matches in 2019, and he got $3 million. Paying 3 Million dollars for 2 matches, which means WWE still belives on the Legends aka big WWE superstars. He was not made more WWE appearance in 2019, but he was Universal Champion for some time in 2020, and he is already a big name in the industry, so he got paid 2.5 million dollars.

The current Raw Women’s Champion Becky Lynch is the 6th in WWE’s highest-paid wrestlers. She got a salary of $3.1 million, which means 22-23 crores. This is a little shocking thing, that a WWE women wrestler is in the top 10 highest paid wrestlers list. WWE definitely belives in Becky Lynch. Her WWE career is growing well.

HHH doesn’t work on-screen television, but he works hard on backstage, he handles whole NXT, as well as many other insider things. We can say he plays a vital role in WWE. He is the man, who has good knowledge of WWE products, inputs, storylines, and more things. Triple H doesn’t wrestle in events, but he is one of the main bodies of WWE, that’s why he is on the number 5 in this list. For your extra information, 3.3 million dollars.

2019 was the best year for Seth Rollins, he was defeated Brock Lesnar in Wrestlemania to become Universal Champion. Seth Rollins was also one of the tops in selling merchandise. I know there was a mixed reaction from fans, but overall 2019 was a good boost for Seth. That’s why Seth Rollins stands on the 4th position of this list. The former shield member is technically sound and also he can improvise his character according to the demand. Rollins is already a multi-time champion with WWE and has been one of the most popular wrestlers worldwide. Rollins earned a pay-cheque of $4 million in the year 2020 and he is bound to earn more in the upcoming time. $4 million.

AEW!!! yes, Randy Ortan was teased about his AEW signing. This was a little fear for WWE, and yes, this will the reason behind he stands on 3rd position in Highest paid WWE wrestlers. A celebrated wrestler – Randy Orton has been a loyal servant to WWE for years now. He is one of the most decorated superstars in the history of the company and carries a huge fanbase. ‘The Viper’ comes from a family of wrestlers and he has carried that legacy on his shoulders as well. Orton earned $4.1 million as his salary in 2020 putting him among the top shelf of the WWE superstars. 4.1 million dollars

The starting of the year 2019 was not so good for Roman Reigns, because he was just returned after defeating to Leukemia Disease. After this, he got a chance to compete in Wrestlemania 36. Overall Roman Reign’s 2019 year was not so good, but he already build his name in the world of Pro Wrestling, so he is standing on the second poison of the highest salary maker of WWE. Roman Reigns is arguably the most popular wrestler in the WWE currently. The ‘Big Dog’ has power, moves, physique, and looks which makes him a marketable athlete. Moreover, his ‘anti-hero’ persona makes him an absolute fan-favorite. Reigns bring revenue for WWE through merchandise sales in a huge number. For your kind information, 5 million dollars.

Anyone can easily guess that The highest-paid WWE wrestler is none another than Brock Lesnar. He gets WWE salary literally doubled of Roman Reigns. Every year WWE pays this highest amount to Brock Lesnar for just 3 to 4 appearance, because whenever brock comes in the ring, WWE’s rating goes up, and viewership also increases, fans also enjoy his performance. A pro-wrestling legend – Lesnar is known for his power game among the fans. ‘The Beast Incarnate’ was the man to break Undertaker’s famous Wrestlemania streak. After making his comeback, Lesnar used to make guest appearances for the company. However, since he has signed a new contract, the WWE universe has seen him performing more frequently than before. Brock Lesnar is the highest-paid WWE wrestler with a salary of $10 million per year. 10 million dollars. You need to take a look at his Net Worth.

Wait!!! there is one more name, who made 15 million dollars for just 1 single appearance in WWE. That name is “Tyson Fury“, yes this wrestler made just a single TV appearance Match of Saudi Arabia WWE Event. He defeated Brock Lesnar in the highest paying list in just 1 appearance. $15 million means 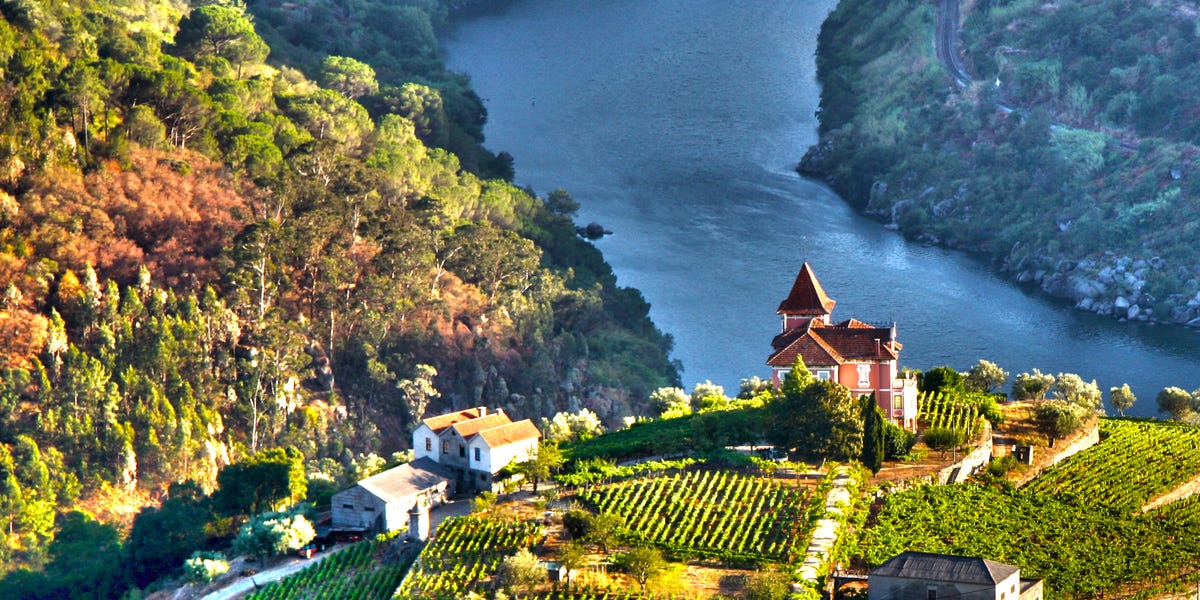 END_OF_DOCUMENT_TOKEN_TO_BE_REPLACED

12 Best Places to Visit in Italy

Located in Southern Europe, this boot-shaped country is one of the world’s most popular travel destinations for a number of reasons that include art treasures, charming towns, passionate people and top-class cuisine. It’s a place where you can see some of the most iconic sites in the world – the leaning Tower of Pisa, the Colosseum and the Trevi Fountain, to name but a few. END_OF_DOCUMENT_TOKEN_TO_BE_REPLACED

Slovakia or the Slovak Republic (Slovak: Slovensko, Slovenská republika; both names are officially recognized), is a landlocked country in Central Europe, bordered by Austria to the west, the Czech Republic to the northwest, Hungary to the south, Poland to the north and Ukraine to the east.

END_OF_DOCUMENT_TOKEN_TO_BE_REPLACED

As of 8/17/20, lightning strikes started hundreds of fires across Northern California. In the days since, over 1.2 million acres have burned. California is under a state of Emergency and all CAL FIRE resources are fully committed to battling these fires.

END_OF_DOCUMENT_TOKEN_TO_BE_REPLACED

There are all kinds of strange and interesting things going on that we just don’t usually know about. I have compiled a list of over 200 odd facts—some believable, others unbelievable, and some that are just plain bizarre. If you have time to read them all, let me know which one is your favorite.

END_OF_DOCUMENT_TOKEN_TO_BE_REPLACED

Some of the links below are affiliate links, so we may receive a commission, at no cost to you, if you make a purchase through a link. Check our disclosure for more info.

If you are here, it’s because you need to find a way to make money FAST!

Welcome! You are in the right place!

I’ve been working on ways to make money online for over 5 years now, and I learned a trick or two. click here

END_OF_DOCUMENT_TOKEN_TO_BE_REPLACED

The Long, Weird History of the Flying Car

END_OF_DOCUMENT_TOKEN_TO_BE_REPLACED

The Benefits of Eating Nuts

Nuts are packed with protein, fibre and essential fats,. A golf ball-sized portion (about 30g) of unsalted nuts makes a vitality-boosting snack and, unlike most other options, contributes a mix of valuable vitamins and minerals. All nuts have different nutrition credentials and will offer various health benefits – find your perfect match with our guide…

END_OF_DOCUMENT_TOKEN_TO_BE_REPLACED

Seaweed: The food and fuel of the future?

Sunshine has given way to wind and rain, as the motorboat chugs through a fjord in the Faroe Islands.

“Its a bit windy here,” says Olavur Gregarsen. “We’ll see how far we can get to the harvesting boat.” END_OF_DOCUMENT_TOKEN_TO_BE_REPLACED

Enable Notifications    OK No thanks